How to Address and Manage the SaaS Sprawl

The rushed implementation of remote work solutions during the COVID-19 pandemic, a phenomenon is currently jeopardizing business security, known as the SaaS sprawl. 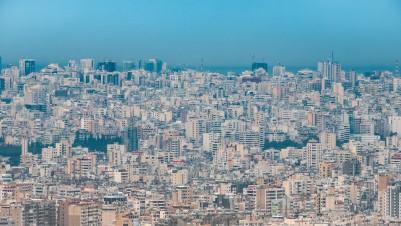 Software-as-a-Service (SaaS) has been part of daily work life for decades. The revolutionary technology is found in every industry and corner of the globe, often revered as a foundational IT building block that puts countless cloud-based apps at any professional’s fingertips. However, following the rushed implementation of remote work solutions during the COVID-19 pandemic, a phenomenon is currently jeopardizing business security, known as the SaaS sprawl.

What is the SaaS sprawl, exactly? SaaS publishers are making it easier than ever for end users to adopt their platforms. Unfortunately, many employees do not follow their company’s policies surrounding vendor security review and third-party risk management. The resulting security challenges, stemming from an alarming increase in unmanaged third-party risk, are forcing businesses to explore how to overcome the SaaS sprawl.

Understanding the Impact of SaaS Sprawl

While they help to get the job done, SaaS apps are now seen as a constant threat to the corporate digital landscape. Much of the blame can be pinned on the sudden changes caused by remote work, during which time companies shifted how they utilize their internal tools.

In many cases, cloud-based apps have gone unsupervised and undermanaged, and end users have underestimated the true risk associated with SaaS data flow. In short, the consequences of the SaaS sprawl are presenting vulnerabilities to SaaS security.

While end users might be meeting immediate needs, businesses of all shapes and sizes are now trying to remedy the consequences and manage SaaS sprawl. Demonstrating the gravity of the situation, a 2020 study found that companies with 2,000 or more employees, on average, were using 175 SaaS apps.

Along similar lines, a 2019 survey concluded that firms with more than 1,000 employees, on average, maintained 288 SaaS apps. Numbers like these only tell part of the story: the security challenges brought on by the SaaS sprawl have the potential to be far more numerous –– and destructive.

What Causes the SaaS Sprawl?

SaaS sprawl begins when individual end-users or teams of employees have work that can be done more quickly, better, or accurately by using of certain SaaS app. Instead of having their company’s IT department analyze the cloud vendor and approve its software, professionals bypass security protocols to meet immediate business demands. The business benefit is that the employees are more productive and complete the work needed faster.

This leads to hundreds of third-party, cloud-based apps being used with efficient and effective monitoring and management, becoming increasingly impossible for internal resources. SaaS apps used or purchased outside of the official IT process means the standard IT governance model is ineffective, leading to increased security and compliance risks.

In terms of SaaS, “sprawl” refers to the number of end users and individual apps which exceeds the company’s IT development scope. Each SaaS sign-up could require numerous user accounts, and teams might consist of full-time employees, part-time employees, external partners, and all of their devices. Without proper authorization policies in place, so many SaaS providers and multiple user identifications present a host of preventable challenges for administrators.

What Problems Does the SaaS Sprawl Bring?

Whether SaaS apps are used on one’s browser or downloaded onto a device, using them without proper vetting processes can result in potentially catastrophic consequences. Some of the most common issues brought on by the SaaS sprawl include:

SaaS Sprawl and Shadow IT

Shadow IT, more commonly referred to as business-led IT, is the phrase coined for when employees use SaaS, amongst other software and technologies, to execute their duties without going through the official IT procurement process. As SaaS has grown, so has the probability of shadow IT. This can result in IT purchasing decisions made by personnel other than the appropriate IT team members. Shadow IT can be highly risky, causing cybersecurity gaps, including the above mentioned issues.

How to Get Ahead of the SaaS Sprawl

Businesses everywhere are desperately trying to figure out how to overcome the SaaS sprawl. Because unmonitored SaaS usage can have undesirable implications, best practices should be put into place to better control the sprawl.

It is highly recommended that companies utilize an automated solution like the Grip SaaS security control plane (SSCP). This offers administrators a whole picture of their company’s SaaS usage and enables the governance of those apps. This includes shadow IT SaaS use that is not managed through single sign-on (SSO) or an identity provider (IdP).

The Benefits of an SSCP for SaaS Sprawl

When it comes to remedies for SaaS sprawl, a trusted SSCP can track authentication methods and provide risk-based prioritization. This means that security can spend less time managing inefficient spreadsheets and other means of monitoring their company’s SaaS usage. Other benefits of an SSCP include:

Identity-based SaaS discovery to determine SaaS use, misuse, and abuse

Conclusion: How to Address and Manage the SaaS Sprawl

SaaS sprawl is arguably one of the biggest IT concerns today regarding your business's safety and security. To better address and manage the SaaS sprawl happening in your company, turn to Grip. Our SSCP can provide you with peace of mind, knowing that your SaaS security measures are in the trusted hands of our team. For more information about our SaaS sprawl solutions, request a demo today.