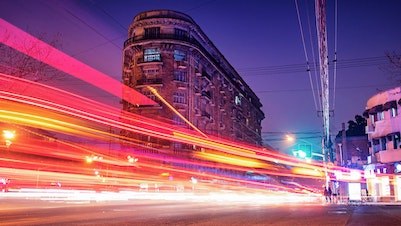 SaaS adoption and use has been steadily growing for more than a decade. But the eruption of SaaS services and apps has far exceeded the pace of security and protection, especially with the implementation of business-led IT strategies. In 2021, 83 percent of organizations reported the value of business-led IT strategies — characterized by business teams identifying and sourcing technology, especially SaaS.

Often, this leaves IT and security teams without direct control to revoke access for targeted users or SaaS services, leading to years of accumulated risk with an abundance of identities entangled with risky, abandoned, or compromised SaaS, along with dangling access and zombie accounts exposed to credential threats.

Why SaaS Offboarding is Critical

The enterprise SaaS layer is where identities are repeatedly under attack — phishing, smishing, and vishing and credentials remaining the top threat target. Why? Because SaaS is where credentials and identities sprawl, duplicate, and operate outside security control.

Cyber-attacks and SaaS breaches have been well-documented in recent reports from the 0ktapus threat campaign of 2022 to the phishing, smishing, and vishing schemes that impacted Twilio, Plex, Dropbox, Signal, Uber, and Digital Ocean, among others.

SaaS offboarding helps mitigate these risks by foreclosing the opportunity to obtain credentials or gain unauthorized access to SaaS services — including an instant reduction in accumulated SaaS-Identity risk by eliminating dangling access and abandoned SaaS accounts.

Enterprise security depends on SaaS security, because SaaS serves as the control interface for everything in the digital enterprise — factories and finance, engineers and DevOps, HR, and IT — all run on SaaS. Critical to safeguarding today’s SaaS-operated enterprise is eliminating access to targeted SaaS, users, tenants, and combinations of each; otherwise known as SaaS offboarding.

Grip automates offboarding for users and SaaS services across the enterprise SaaS layer. Here, we will show how Grip’s automated offboarding works and the scenarios security and identity teams can use to protect access across thousands of SaaS services.

During SaaS offboarding, customers can deactivate a user account in their IAM/SSO solution, triggering Grip to initiate offboarding for SaaS services outside the reach of IAM/SSO solutions. Behind the scenes, Grip orchestrates offboarding workflows to achieve complete access revocation and destroy passwords.

Often, customers leverage existing personnel and resource workflows and platforms, especially when governance and compliance are critical factors. Many IT and security teams facilitate user offboarding and validate access revocation back to the primary workflow system, whether ITSM, HRMS, HCM, TMS, and other provisioning and deprovisioning workflow tools.

Once Grip receives the workflow trigger from ITSM or HR tools, the process follows very similar to IAM/SSO providers, with an extra step — reporting back to the primary workflow tool after Grip verifies successful offboarding, then rejoining the existing personnel offboarding workflow. This allows governance, risk, and compliance reporting and attestation directly within the primary system of record (e.g., ITSM, HRMS, etc).

Security teams depend on analytic systems for tracking and logging security information. And as with any security team, they want to take action on insights derived from their SIEM, SOAR, and XDR platforms. Grip enables them to respond to threats and risk, making SaaS unreachable with on-demand, secure offboarding.

The enterprise SaaS layer is diverse, multi-faceted, and remains the largest shadow ingress, and comes with an outsized impact, because organizations use SaaS to control and operate everything else. That is why customers choose Grip SSCP for visibility, risk, and access control — including on-demand, secure SaaS offboarding.

Grip is the foundation for protecting people and SaaS technology — credentials and clouds, employees and websites, partners and portals, users and apps — anyone and anything.