Back to Learning center 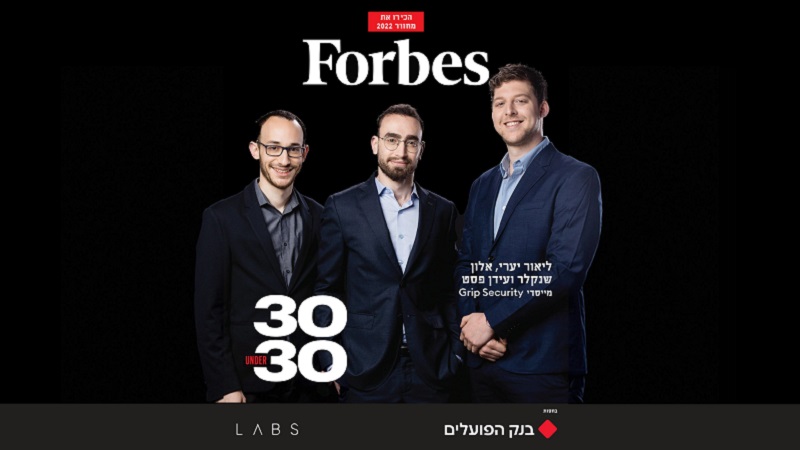 Forbes’ “30 Under 30” list highlights exceptional Israeli talent, naming the 30 most promising professionals in various fields across the Israeli business landscape. We are proud to have Grip Security’s founders, Lior Yaari(CEO), Idan Fast (CTO) and Alon Shenkler (VP R&D), selected to be part of this spectacular list of young entrepreneurs, visionaries and ground breaking achievers.

The three co-founders served together in an elite unit of the Israeli Intelligence Corps, joking with their fellow soldiers that they will one day found the next cybersecurity giant. Manifesting this vision into reality and building on their strong relationship, combined technological expertise and business experience gained after their army service, the three co-founded Grip Security in 2021 and rapidly scaled the fledgling startup in one of the fastest funding rounds in the industry. Raising $25M within 13 months since founding, Grip Security is on the fast track to revolutionizing the SaaS Security market.

Reimagining SaaS security for dozens of existing customers - including large, US-based enterprises - Grip’s founders have set their sights on growing big - fast. Lior shared this goal with Forbes, stating that the company’s leading value is allowing his team to grow and evolve personally and professionally and he plans to build out the company’s existing human capital to75 employees by the end of 2022.

With a strong vision, massive industry support and acknowledgment, and a promising place in within Israel’s young tech leadership, global success is definitely on the horizon.

6 SaaS Discovery Methods + 1 Only Grip Does

Gain more technical details on how you can get a Grip on your SaaS Security.
Fill out the form and we’ll send you our Datasheet.
product-overview

for our latest updates and feature releases